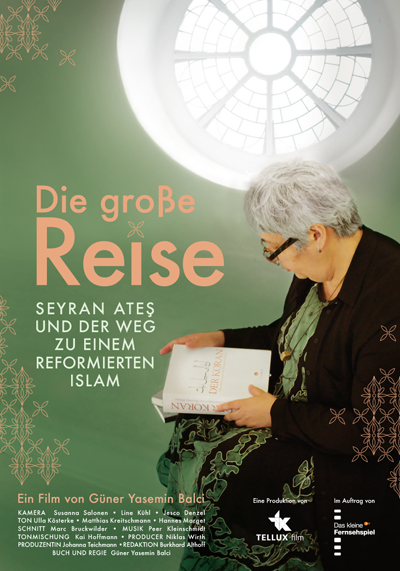 On 16th June, 2017, Seyran Ateş opened the Ibn-Rushd-Goethe-Mosque in Berlin together with numerous colleagues. And what is of special importance: Men and women pray here side by side, female prayer leaders are just as welcome as homosexual imams. This is a provocation for much of the Muslim world. The Egyptian Fatwa Authority declares the prayers in the mosque "not valid". Turkish media continues to fuel public opinion against the mosque in social media and Seyran Ateş, the head of the mosque, receives hundreds of death threats. Shortly after the opening, the mosque had to be guarded around the clock by the LKA. But Seyran Ateş did not give up. The filmmaker Güner Balci accompanied Seyran Ateş 1½ years with the camera throughout the building of the mosque, with its fight for reforms in Islam. She looks back into the childhood and youth of the activist and shows how her vital issues, "equality of Muslim women" and "sexuality in Islam", were shaped by her resistance against her conservative parents.