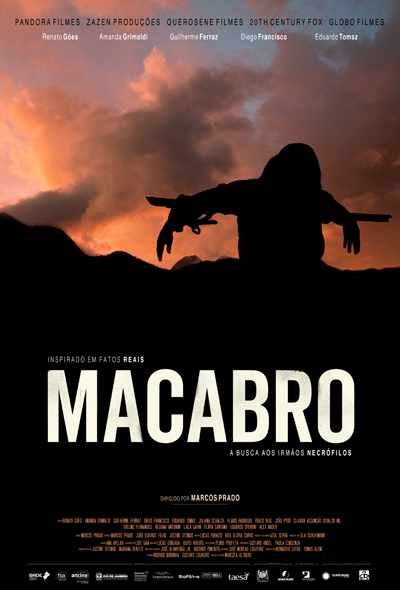 Macabre is a feature film based on the true story of the "Werewolves of Freiburg", two young brothers who were accused of brutal murders in the 90’s, in Brazil. The thriller follows Sergeant Téo in his quest for the suspects hiding in the Atlantic Forest. While the population, the press and the local police condemn the brothers, Téo realizes that one of them may be innocent. Involved in a disciplinary process with Justice and facing the possibility to meet again with his past, Téo allows his personal life to mix with the work and faces dilemmas that affect his life and the continuity of the investigation.