Due to pandemic COVID restrictions MIFF Awards XX Edition will be taking place from the 2nd of December 2020 totally online at MYmovies Virtual Cinema screening room. The next Achievement Award is TBA.

Bernardo Bertolucci and Vittorio Storaro, the "last emperors” of our great Cinema, have been celebrated at the Teatro Nazionale in Milan, during the last International GrandPrix Advertising Strategies,
in collaboration with TVN Media Group.

Vittorio Storaro and Bernardo Bertolucci artistic expression, and their amazing world-wide acclaimed carriers have been recognized and awarded with the Leonardo Da Vinci Horse Award, symbol of cinema communication.  Sadly Bernardo Bertolucci passed away after few months. The Leonardo Da Vinci's Horse has been the last award received by the maestro. 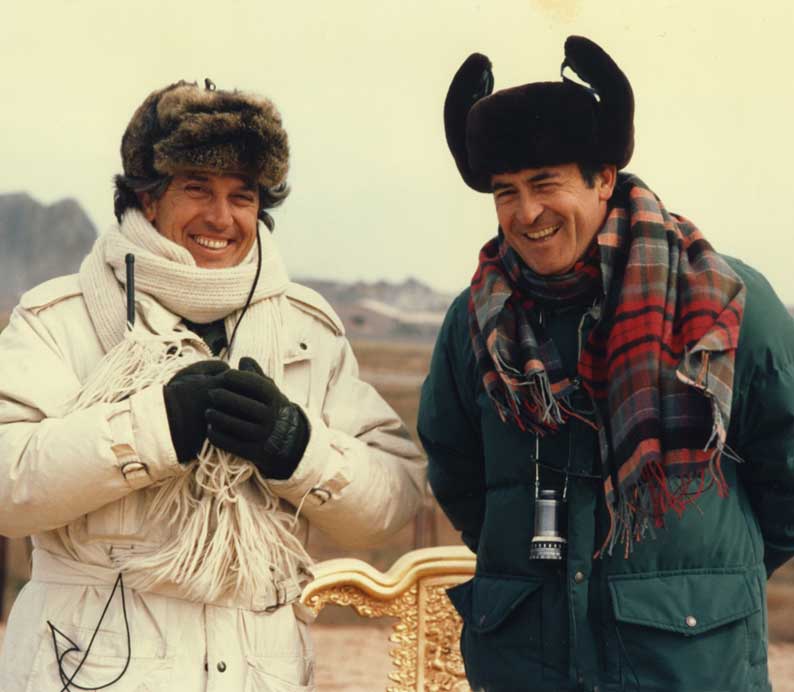 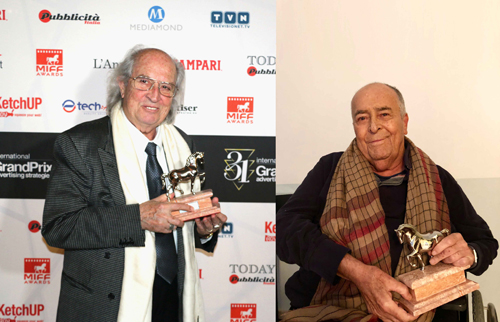 Son of a poet and literary critic, Bernardo Bertolucci began his career directing his first feature film at 21. After working with Pier Paolo Pasolini, 23 year-old Bertolucci is already well known.
Before his 30s, Bertolucci gains international fame with an Oscar Nomination thanks to "Il Conformista", recognized by many film critics as his true masterpiece.

In 1987 "The Last Emperor", which definitely marks the artistic growth of both Bertolucci and Storaro,
won 9 Oscars out of 9 Nominations.
Bertolucci directed memorable performances by some of the greatest actors, such as Marlon Brando, Ugo Tognazzi, Burt Lancaster, Robert De Niro, Keanu Reeves, Peter O'Toole.

Bernardo Bertolucci is known all over the world, being one of the most influential directors, and the only Italian who won the Oscar for the Best Director category.

At 11, Vittorio Storaro started studying photography. 7 years later, although Storaro did not have the legal age to be admitted, he was accepted at the “Centro Sperimentale di Cinematografia” in Rome, one of the most prestigious Cinema School in Italy.

Author of the encyclopedia "Writing with the light", Storaro received four degrees Honoris Causa.
He always refused the definition of "Director Of Photography", calling instead himself author of cinematographic photography or "Cinematographer".

Storaro, who worked with Bernardo Bertolucci for nine feature films, also worked with other famous directors such as Warren Beatty, Francis Ford Coppola, and Woody Allen.