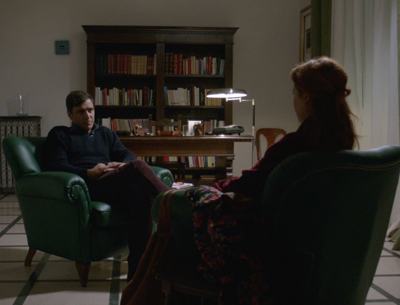 A successful psychotherapist that has lost his wife and daughter few years before, is the author of a novel about what he has learned from his tragic loss. The book is called “The death that doesn’t divide” A young woman, charmed by that read, contacts him to start her psychotherapy. This is what is seems. But what is she really after? In the suspended time of the rigorous psychoanalytical setting a man whose past has broken his life meets a woman whose future is a great unknown